How to Cope with a Hacked Site 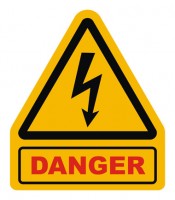 There’s been a lot of articles on this topic over the years (I even wrote one). But I’m going to tackle this from a different angle, one that I’m not used to: A non-technical one.

Fixing a website “hack” is actually a fairly heavy technical thing to do. Most bloggers are not webmasters. They are not really technical people. They’re probably people who simply purchased a web hosting account, maybe set up WordPress using a one-click install, and started blogging. In an ideal world, this sort of setup would be perfectly secure. The fact that it’s usually not is really a problem for web hosts to figure out.

But often I find that the emails/posts I see that read “help me my site was hacked what do I do” or similar don’t get a lot of help. There’s a reason for this. People who are asking this question are not usually the type of people who are technically capable of actually fixing the problem. Guiding somebody through this process is non-trivial. Frankly, it’s kind of a pain in the ass. So those of us capable of fixing such a site (and there are plenty) are reluctant to try to help and basically offer our services for free. The amount of work is high, the frustration is equally high, and there’s not a lot of benefit in it.

Step One: Regain control of the site

By “control”, I basically mean to get the passwords back and change them. Tell your webhost to do it if you have to, and read this codex article on how to change your WordPress password even when you can’t get into WordPress. Also, change your web hosting account password, your FTP password, the database password… Any password you have even remotely related to your site: change it. Note that doing this will very likely break the site. That’s okay, down is down, and it would be better to be down than showing hacked spammy crap to the world.

The idea here is to stop the bleeding. Until you do that, you haven’t done anything at all.

Step Two: Don’t do a damn thing else

Once you have the passwords and the site is offline, leave it like that.

Seriously, don’t erase anything, don’t restore from backup, don’t do anything until you do what follows next…

Anything you do at this point destroys vital information. I cannot stress this enough.

Step Three: Hire a technically competent person to fix it for you

If you know me, then you know I rarely recommend this sort of thing. I tend to offer technical knowledge and try to help people do-it-themselves. But hey, for some people, there are times when it’s just a hell of a lot to take in. Webserver security is a complex subject, with a lot of aspects to it. There is a lot of background knowledge you need to know.

If you’re reading this and you don’t know how a webserver works, or config files, or you don’t know arcane SQL commands, or you don’t understand how the PHP code connects to the database and uses templates to generate HTML, then trust me when I tell you that you are not going to fix your website. Not really. Sure, you could probably get it running again, but you can’t fix it to where it won’t get hacked again.

So, find a website tech person. Somebody who knows what they’re doing.

How, you ask? I dunno. Look on the googles. How do you find anybody to do anything? There’s several sites out there for offering short-term jobs to tech wizards. There is the WordPress Jobs site, but note that I said you need a website person, not necessarily a WordPress person. A lot of people who know WordPress don’t know websites and security… Although many of them do and this is not an indictment on the community, it’s more a recognition of the fact that working with servers and websites in general is not really the same thing as working with WordPress. WP knowledge is useful, but generic server admin experience is much, much better in this situation.

And yes, I said HIRE. Seriously, pay up. This is a lot of work that requires special knowledge. I know that a lot of people try to run their websites cheaply and such… Look here, if you’re paying less than $300 a year to run a website, then why bother? How serious are you about your website anyway? Quality web hosting should cost you more than that, hiring a specialist for a short term day-job is going to run you a fair amount of money. Expect that and don’t give him too much hassle about it. Feel free to try to argue on the price, but please don’t be insulting. Offering $50 to fix your site is unfair, as that’s less than an hour’s pay for most consultants, and you need one with special skills here. This is a minimum of a day’s work, probably longer if your site is at all complicated. Just getting it running again without doing everything that needs to be done is probably a 4 hour job. Sure, somebody can hack together a fix in half an hour, but do you ask your automotive guy to just throw the oil at the engine until it runs? Have some respect for the fact that knowledge and skill is valuable, in any profession.

Basically, here’s what the website guy will be doing, if he knows his business.

First, he’ll probably backup the site. This includes the files, the databases, any logs that are available, everything. The idea is to grab a copy of the whole blamed thing, as it stands. This is a “cover-your-ass” scenario; he’s going to be making large scale changes to the site, so having a backup is a good idea, even if it is a hacked one. The person will need all of the relevant passwords, but don’t give them out in advance. He’ll ask for what he needs from you.

Second, if you already have regular backups (please, start making regular backups… VaultPress is invaluable in this situation and can help the process out immensely), then he’ll probably want to restore to a backup from before the hack. And yes, you very likely WILL lose content in this restoration. However, since there is a backup, the content can be recovered later, if it’s worth the trouble.

(Note, if you don’t have any backups, then he’ll try to remove the hack manually. This is error prone and difficult to do. It also takes longer and has a much lower chance of succeeding. It’s also difficult to know that you got everything out of the site. If anything is left behind, then the site can be re-hacked through hidden backdoors. This is why regular backups are critically important to have.)

Third, he’ll update everything to the latest versions and perform a security audit of the site. This means looking at all the plugins, themes, permissions on the files, the files themselves, everything. This is to make sure all the main security bases are covered and that it doesn’t get rehacked while he does the next step. They may talk about “hardening” the site.

Fourth, from that backup he made earlier, he’ll likely try to trace where the hack started from. Logs help here, as do the files themselves. This is kind of an art form. You’re looking at a static picture of a dynamic system. And unfortunately, he may not even be able to tell you what happened or how the attackers got in. Attackers often hide their traces, especially automated tools that do hacking of sites. With any luck, the basic upgrades to the system will be enough to prevent them getting in again, and a security audit by a knowing eye will eliminate the most common ways of attackers getting in. That often is enough.

Once your site is fixed, then you need to take steps to prevent it from happening again. The rules here are the same rules as any other technical system.

These are some basic thoughts on the subject, and there’s probably others I haven’t considered. Security is an ever changing thing. The person you hire may make suggestions, and if they’re good ones, it may be worth retaining him for future work. If your site is valuable to you, then it may be worth it to invest in its future.

And yes, anybody can learn how to do this sort of thing. Probably on their own. The documentation is out there, the knowledge is freely available, and many tutorials exist. But sometimes you need to ask yourself, is this the right time for me to learn how to DIY? If you need quick action, then it might just be worth paying a pro.