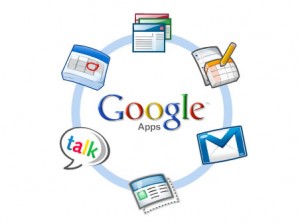 Google Apps has always been a bit of a black sheep in the Google account system. If you had an email on a Google Apps system, then it was kinda like a Google account, except not really. Some of the features were the same, some were not. What made it more confusing is Google’s tendency to create a separate Google account using your email address, which meant data sharing across the two was broken and tricky to work with. So most users ended up maintaining two separate Google accounts, which annoyingly had the same email address/username (unless you added GMail to one, in order to get access to Buzz, which then made it forced to have a gmail account as the primary email).

But recently, Google has been making efforts to pull these systems together into a more unified whole. They started off with the multiple account sign in features, which works, but is pretty lame. Having to choose which account you’re on throws all the complication back on the user.

A better way is to simply make all Apps accounts into full-fledged Google accounts. They’ve taken this step and now (some) Google Apps administrators can choose to integrate their Apps account into the larger Google account-o-sphere. I did this the other day, and while it’s taken a bit of effort, I’m now starting to pull all my information over into this new, fully-capable, Google account.

So this post is just a few notes on the process of migrating from two accounts to one, as I do it. Note: This is disorganized and random. I’m just making notes here. Read them if you like.

– Have two browsers open when you’re migrating things. I’ve been using Chrome and Firefox. Sign each one into a different Google account here: https://www.google.com/accounts/ManageAccount

– Don’t use the multi-sign-in thing. It makes things really confusing.

– Change your passwords on one of the accounts. I noticed that when I had the same password on both of them, sometimes I’d log into a Google property and it would log me in using the wrong account. With different passwords, that stopped happening and I started getting in on the correct account, based on the email I gave, every time. Basically, it appears that the migration process changes your old GMail-account which was tied to your old non-gmail based address to use an account on gtempaccount.com. Using this, it can still recognize your old email address as being on that account, if the password fits. By having different passwords, it can’t do that and thus you get the correct account for the email you’re signing in as.

– Google Voice accounts *CAN* be transferred to non-gmail based Google accounts. This link works: http://spreadsheets.google.com/viewform?formkey=cjlWRDFTWERkZEIxUzVjSmNsN0ExU1E6MA . Even though it says there that it will not work with a Google Apps account, it *will* work if you’ve migrated your Apps accounts into the general system. I did it, and if you do it, make a note saying that the account migration had been done. They transferred it over just fine. Took about an hour for me. Probably will take longer for them to get to you.

– If you use Reader, you can export your subscriptions from one as an OPML file, then reimport them to the new Reader account. Although your followers *seem* to transfer, there may be an issue there as I always get errors when commenting on shared posts.

– Google Talk works fine, but you need to sign it out then back in to the new account.

– AdSense can’t migrate. You’ll have to close your old AdSense account and create a new one on the new account.

– Strangely enough, somehow in this process, Wave got added to my Google Apps account. Which is weird, as I thought they killed that. Not that it matters or anything, just thought it was unusual.

– One HUGE benefit: The new Google Chat. A few days ago, they rolled out “call by phone” to Google Chat. You can call anywhere in North America for free through Google Chat on your GMail. While they didn’t roll this out to normal Google Apps accounts (yet), they did roll it out to migrated Google Apps accounts. I got it in my GMail today and used it to talk to my mom. She said the voice quality was fine. Afterwards, I signed into Google Voice and lo and behold, my GChat was available as a Google Voice forwarding account! So now if I’m on GMail (which I always am) and you call my Google Voice number, I can answer through the computer. How awesome is that?

This is not final. I will be updating this post as needed. I’m just posting it now so that people can benefit from it now.