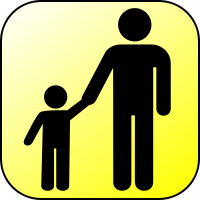 While this isn’t affecting a lot of people now, it will be in the future. Especially if you use well-supported themes.

Somewhere in version 2.8 or 2.9, WordPress started supporting Theme Updates. In the same way that it supports automatic plugin updates from the plugin repository, a theme developer can now make updates to their theme in the themes repository, and you can upgrade it directly from the WordPress interface.

This is a great thing. Theme developers can fix problems, add features, and have it easy for the users to get those changes right away.

Unfortunately, the theme has historically been the user’s playground. Themes are frequently modified by the user directly. Whether it be for looks or for adding code to be used by plugins or whatever, the theme you’re using is very probably not the theme you downloaded. So upgrading will blow away your changes. Thus, most people are disinclined to upgrade their themes.

The way to avoid this is with a child theme. Child themes derive from another theme, called the parent theme. A child theme, by default, looks exactly like the parent. Then you make your changes to the child, and those changes are used on the site. The parent remains untouched. So, when you upgrade the parent theme, the changes you made don’t go anywhere. They stay right where they are.

So let’s dive right in:

How to Make a Child Theme

First, obviously, install the parent theme. Take note of what directory name it goes into. You can find this on the Theme’s screen, it will tell you what directory each theme is in. The new default theme in 3.0 is “twentyten”. So let’s use that one as our parent.

Now, create a new directory in your /wp-content/themes directory. This is where we’ll put our child theme. Let’s call it “mytheme”.

In the mytheme directory, create a new style.css file. Put this in it:

Finally, load up WordPress and go activate your new “My Theme” theme. You’ll notice that WordPress tells you both what directory your child theme is in and what directory its parent is located in.

Now you’re running on a child theme. It doesn’t have any changes in it, so it looks exactly like the twentyten theme does, but still, we’re running it.

How to Change Things

Let’s say I wanted to change the color of the post titles to, say, green. A silly change, but it illustrates the point.

Normally, I’d go edit the theme, find wherever the color of the text is defined, and change it or add to it to make the titles change in the way I want. In this case, I do the same thing, but I modify the child theme, and I do it in a way that overrides the specificity of the parent’s CSS code.

To do this, I add this code to mytheme’s style.css file:

Why that change? Well, I looked at the parent theme and found that “#content .entry-title a” was what it used to define the color of the post title links. To override that, I need to be more specific.

Specificity is a difficult concept for some people, but basically it breaks down to this: When the browser is parsing the CSS, more specific rules take precedence over less specific rules.

In my case I needed to be more specific than “#content .entry-title a“. By adding the h2 to the .entry-title rule, I achieve that because h2.entry-title only will affect h2’s with the entry-title class, while just .entry-title can affect any tag on the page with that class.

The fact that only the h2’s on my page have .entry-title is irrelevant. The HTML doesn’t actually matter in regards to specificity. A rule is more specific based on what it can affect, not on what it actually affects.

So by making my rule more specific, I can override the color of those title’s in my own CSS file separately, and without changing anything about the parent theme.

Child themes are not limited to overriding only styling, although in many cases that may be the only customization you need. Best to stick with the rule of the minimum; try to make the most minimal change you can make to accomplish what you want to accomplish. But if you do want to change the way some of the templates work, you can do that too.

Note that you’re not limited to overriding existing files in the parent. The entire Template Hierarchy applies to child themes too, so if you want to define a category.php file for Category Templates, and the parent theme doesn’t have that file, then you can create a new one in your child and it will be used. You will probably still want to start out with some existing template from the parent though, so look at the Template Hierarchy to see which template the parent is using for your case. The index.php is the usual suspect in these cases, so you can probably just copy that to the child theme and rename it to the template file you want it to be.

The key to this is that the functions.php file of the child theme is loaded first. So if the parent theme is written in a manner WordPress calls “pluggable“, then you can override those functions.

In the twentyten theme’s functions.php file, several of the functions are defined like this:

Another way to override things is through the normal WordPress action and filter hook mechanisms. If a theme’s functions.php file uses those, then you can simply add your own hooked functions with different names. However, because the child’s functions.php file loads first, it can’t actually unhook things defined by the parent theme.

The way to get around this is to use the after_setup_theme action hook. This action is called immediately after both functions.php files are loaded.

For example, if I look at the twentyten theme, I’ll find this:

I don’t want that, I want my excerpts to be 55 words instead. So I add this to my functions.php file:

Whoops! It doesn’t work. Why not? Because I didn’t remove twentyten’s hook, and its filter is overriding mine. So I have to add this too:

And then it works. I’ve added my filter, and removed the one in twentyten. Voila.

In a WordPress theme you’ll often find references to “stylesheet_uri” and “stylesheet_dir”. You’ll also find references to “template_uri” and “template_dir”. Normally, these are the same thing. In a child theme case, they’re not. Stylesheet refers to the child theme. Template refers to the parent theme. This is an important distinction that you’ll want to make when creating your theme. You should probably use stylesheet in most cases, except for when you need to specifically refer to the parent (for image URL creation and such).

Child themes are a very good way to survive theme upgrades, and if you’re using a well supported theme, these are likely to become more common. It’s still perfectly safe to modify your theme directly (except for twentyten! Normal WP upgrades overwrite twentyten), but it’s always a good idea to keep your customizations separate. They’re a lot easier to manage that way.